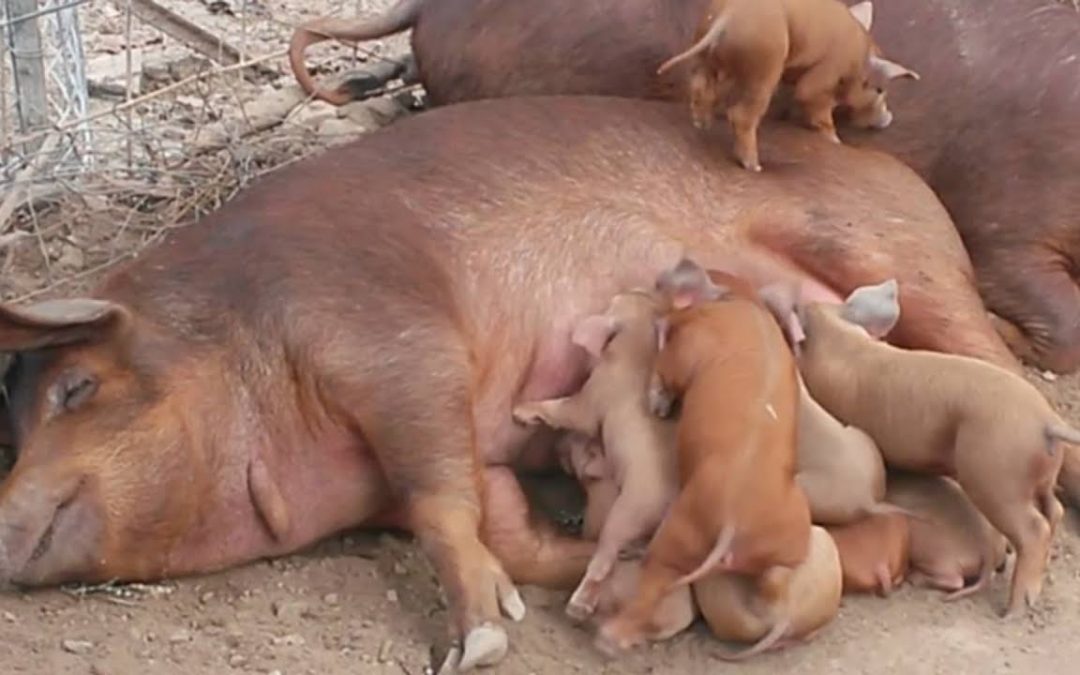 The Red Wattle is a large, red hog with a fleshy wattle attached to each side of the neck. The wattles have no known function.  The breed is unique to North America making them especially valuable genetically.

Mature animals weigh 600 to 800 pounds, but may weigh as much as 1,200 pounds. They measure up to four feet high and eight feet long when fully grown. Most breeders now prefer butcher weights around 300 to 325 pounds with hanging weights from 220 to 245 pounds.

Red Wattle hogs are known for hardiness, foraging activity, and rapid growth rate. They produce a well marbled flavorful meat that has been described as similar to beef.  They have a mild temperament and their gentle nature recommends them to the small-scale, independent producer.

The origin and history of the Red Wattle breed is obscure, but red hogs with wattles are known to have been in North America since at least the mid 1800’s. It is believed that these ancestors were introduced through the Gulf of Mexico and spread throughout the country. The modern roots of the Red Wattle hog trace to 20th century descendants of these wattled pigs in Texas.