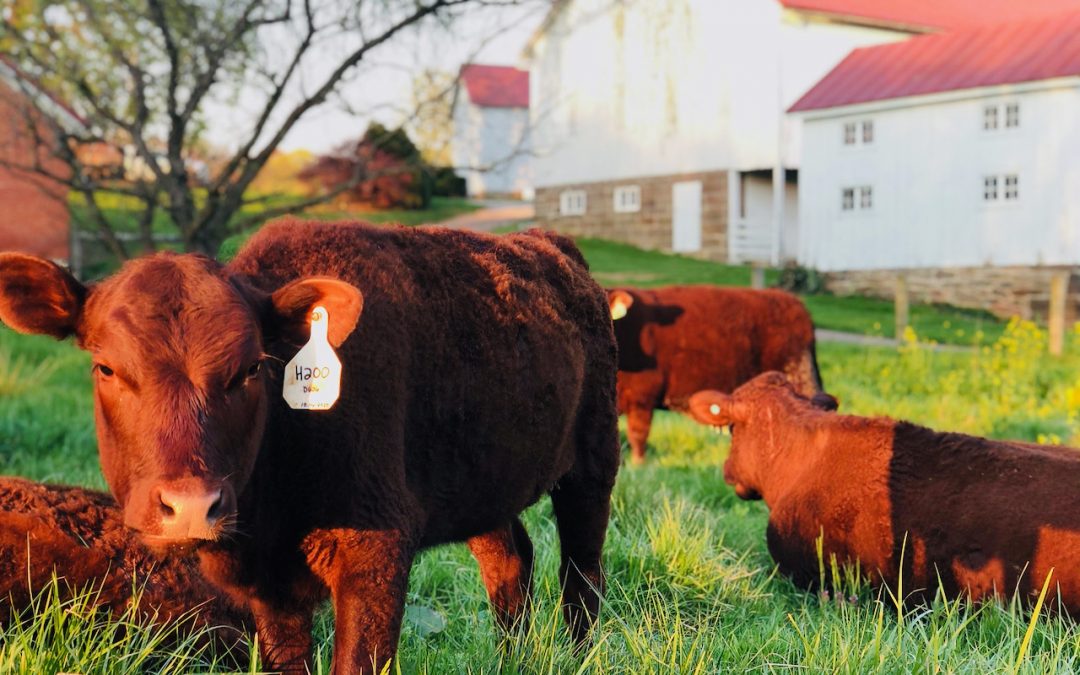 During Caesar’s conquest of Britain starting in 55 BC, he found a small, fine-boned breed of cattle known only by its latin name: Bos longifrons. This breed was not native to the island. They were possibly brought by the Phoenicians, around four hundred years earlier, to trade for Cornish tin. The placename, where they landed, pays homage to the “Red Ox”.

From the Saxon era, we find written records describing their meticulous care and management of their livestock.

Few other specifics are known until livestock literature became prevalent in the 18th and 19th century. In these writings, the cattle from North Devon are praised for their ability to finish on forage, their value at market, and for their vastly superior beef among other traits. This did not happen by accident since their keepers were held in equal esteem for their attention to detail and their devotion.

As a result, the breed was in demand in places as far away as the West Indies and were already in the Colonies.

Devon arrived in 1623 aboard the ship Charity: one bull and three heifers, the first American Devons.

Since then, the breed has remained remarkably pure, considering the rapid denigration of other noted breeds on our Continent during the grain years following World War II. It has maintained its noted excellence of traits which include meat quality, cut-out percentage, reproductive ability, early maturity, calving ease, consistency, and prepotency. Devon were not only wanted for their meat and reproductive qualities. On the Oregon trail they were the sought after as Oxen.

New England Farmers of the Civil War era, were said to pass on the improved English breeds and stick with their reliable Devons. The first American Devon Herd Book in 1855, was followed by the formation of the American Devon Cattle Club in 1884.

This was the high water mark of Devon in America—until their resurgence in the early 21st century. Devon cattle have become in high demand due to their superb performance on grass to produce top quality beef.

Why do we raise Red Devon?

Of the Devon carcasses evaluated in this country, 96% have met the demands of the most stringent beef retailers. Devons are recognized worldwide for producing some of the finest beef off pasture alone.

Devon’ historically close relationship with man ensures that they are first and always docile.

Devon cattle did not take part in the feedlot madness that has had a stranglehold on the American beef industry since WWII. This kept the breed firmly in the hands of Devon breeders who ensured the integrity of the breed’s genetics. No breed has a purer genetic base than the Devon.

It’s not unusual for a top Devon heifer to calve before she is two, and rebreed in 45 days. The top-selling Devon bull’s semen has a live rate of over 90%–compared to the national average.

Devon have the thickest hides of any cattle in the world. That means that the Devon cattle have better resistance to external parasites and tolerate weather changes and extremes of temperature.

The Devon’s robust constitution has enabled them to flourish in the diverse environments of Brazil, Australia, Canada, Africa and the Middle East. You’ll find Devon breeders from Louisiana and Texas up to Washington and Maine. 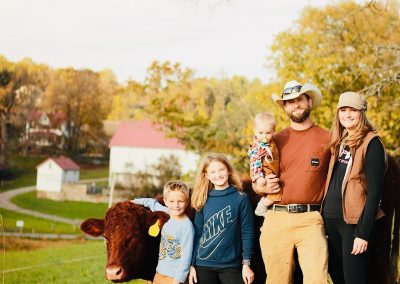 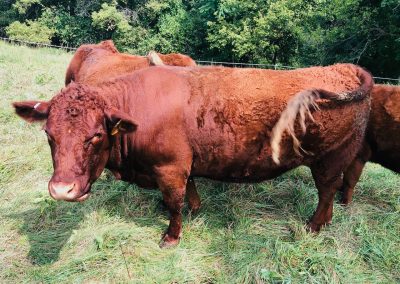 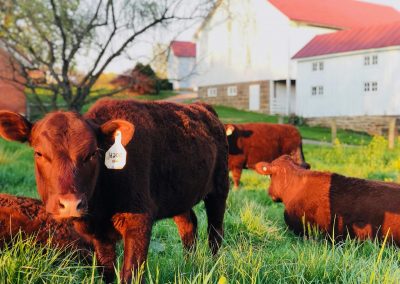 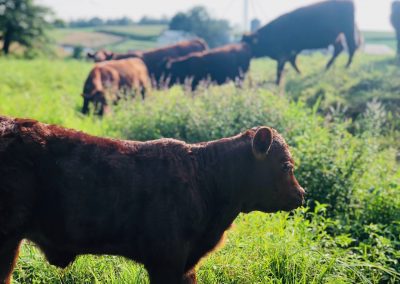 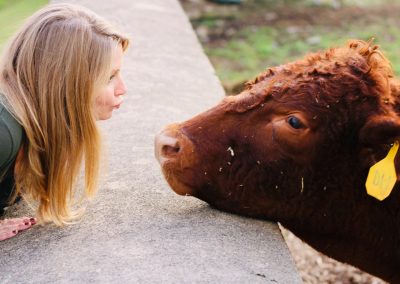 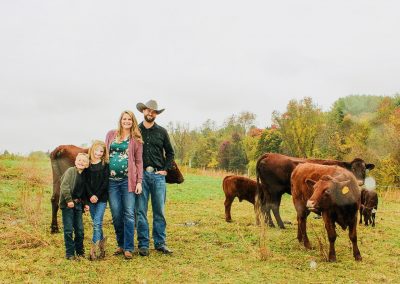 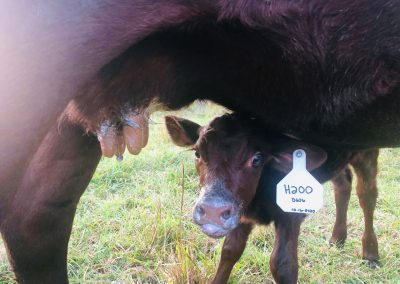 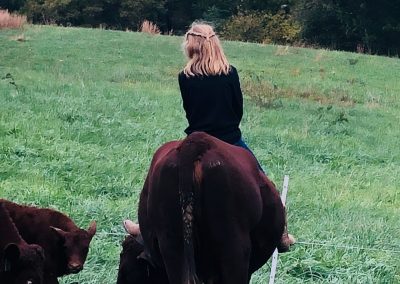 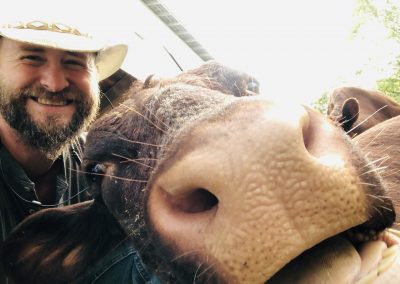