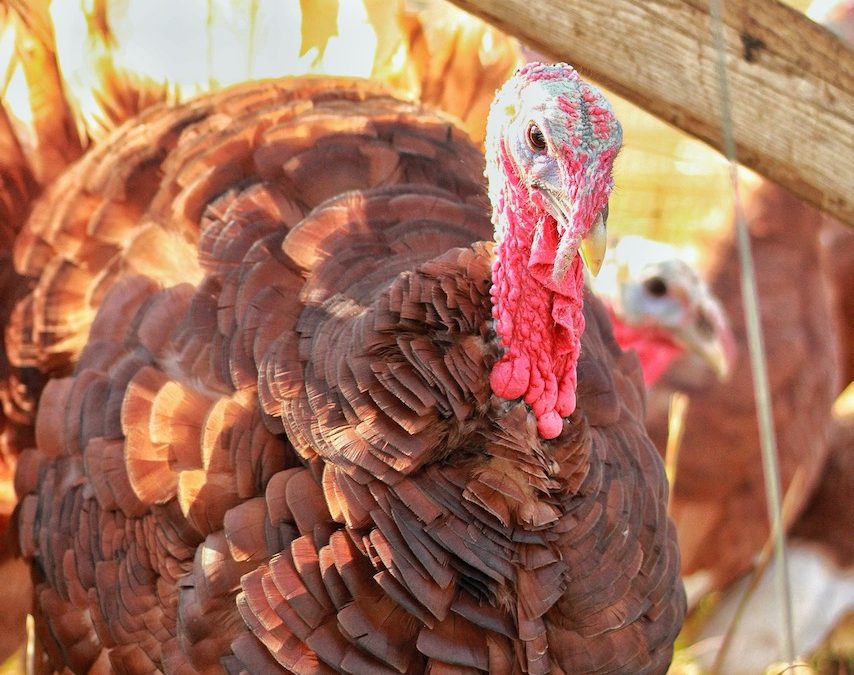 The Bourbon Red turkey is named for Bourbon County in Kentucky’s Bluegrass region where it originated in the late 1800’s.

It was ambitiously selected and promoted for utility traits, a heavy breast and richly flavored meat. The Bourbon Red was an important commercial variety through the 1930s and 1940s. As time went on, however, it declined in popularity as it was unable to compete with the broad breasted varieties. Since 2002, renewed interest in the biological fitness, survivability, and superior flavor of the Bourbon Red has captured consumer interest and created a growing market niche.

The Bourbon Red is an attractive bird for either exhibition or just for the backyard. They are active foragers, and would probably do well in a pasture production system. They also present an attractive carcass when dressed, since the light pinfeathers leave no residue of dark pigment showing the feather follicles as with the Bronze.